30 years ago, Kashmiri Pandits had to leave the Valley, in search of peace as their native place was burnt and destroyed by terrorists. Among them was a retired school teacher, Dwarika Nath Pandita. This Monday, Pandita, who managed to lead a quiet life for several years, lost his son Ajay Pandita to terrorists. With his death, the memories of the dark days returned instantly.

Ajay Pandita Bharti, a Kashmiri Pandit sarpanch (village head), who was shot dead by terrorists in Jammu and Kashmir's Anantnag on Monday. It was the first such killing of a minority community member in 16 years, Kashmir Pandit outfits said, and alleged that it was an attempt to create a "fear psychosis" among the community members as was done in the Valley in 1990s.

Ajay Pandita was cremated in Jammu on June 9 in the presence of scores of mourners.

Jammu: Wife and other family members of Kashmiri Pandit sarpanch Ajay Pandita mourn near his mortal remains, at their residence in Jammu  |  Photo Credit: PTI

Goal of the campaign :

Ajay's was the only Kashmiri Pandit family residing in the area. They had fled during the 1990 exodus but returned."After spending around seven years in Jammu, we returned to Kashmir Valley in 1996-97," Pandita Sr. said. Remembering his son, he said Ajay was patriotic and didn't want to abandon his motherland. Ajay contested and won the 2018 Panchayat polls. "My son wasn't afraid of anyone. He would say if security personnel can perform duties in Kashmir valley and sacrifice their lives for the nation why should we run away. I will live and die here in my native village," Pandita Sr. told about Ajay.

The killing of the sarpanch Ajay Pandita is an attempt to induce fear in the minds of people who stand for the country. Ajay Pandita Bharti is survived by a wife, two daughters, father and mother. No amount of money can bring back a lost life, but we feel that we as a nation have a duty to stand by and support the family in whatever means possible. The funds raised from the campaign would be directly transferred into Ajay Pandita's wife's accounts and will be used for the family's welfare.

Ashoke Pandit  is an Indian filmmaker, social activist. He currently serves as the president of the Indian Film & Television Directors' Association.

Daughter of Ajay Pandita, thanking everyone supporting the campaign : 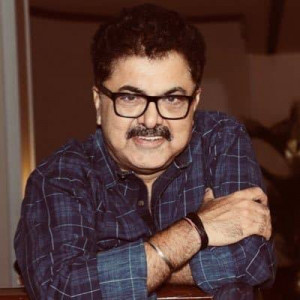 Killing of Sarpanch Ajay Pandita was an attempt to induce fear in minds of people who stand for the country. Ajay Pandita is survived by his wife, two daughters and parents. Funds raised would be directly transferred to the family.