Despite tall claims made by various govts, the commoners are still being deprived of basic services. Recently, an incident has happened in Odisha which has again drawn attention to this problem.

Due to lack of ambulance and also help from govt officials, a poor man took a trolley on rent and took his sick wife to hospital. The 70-year-old man named Kabir Bhoi of Dasbidyadharpur panchayat in Puri district travelled around 80 kms to reach the SCB Medical College and Hospital in Cuttack. With the help of some social activists in Cuttack town, his wife was admitted in the hospital but she died the next day. While several ambulance services are available in the state, but he was not provided an ambulance to shift his wife from a hospital in Puri to a hospital in Cuttack. When he had allegedly sought help from some local representatives, they said that they could help only after his wife's death not before. This incident has drawn attention of both national and international media.

Whether the state govt will inquire into the matter and take action against guilty person, that's a different matter. But, there is an urgent need to provide some help to this man. We can't bring back his wife's life, but we surely can provide some assistance to him to live a better life.

Therefore, I request to all citizens to contribute some amount of money for this man. 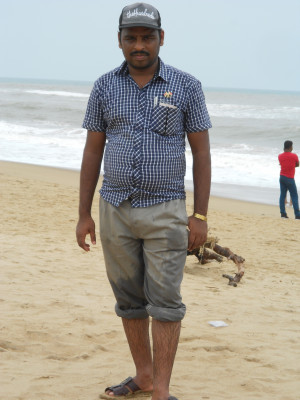 Due to lack of help from govt officials, a poor man( 70 yrs) of Puri district took his ailing wife on a rented trolly & travelled 80kms to reach a Hospital in Cuttack. But, his wife died the very next day.