Background:
All self-respecting nations in the world work hard to preserve and promote their heritage. Most importantly, the material heritage chosen for promotion and preservation is invariably such that it supports the “grand narrative” held dear by that that nation as its past history and its self-view in the present. It is only such sites that are offered as “tourist attractions”!
But in Incredible India our rulers have worked hard to erase from popular memory and public discourse the “Wonder that Was India” as the most ancient and most advanced civilization anywhere in the world. Instead, the Commie Islamist Combine that came to dominate the field of education and culture taught us to glorify our colonial masters and imperial invaders who committed genocide after genocide to force conversions, looted and plundered India, destroyed thousands of ancient temples, burnt down ancient universities, brutalized and enslaved our people and committed unspeakable atrocities on women.
In recent years, the deliberate distortions introduced in the educational curriculum have become a subject of public debate and social concern among patriotic Indians, but we remain oblivious to the callous neglect of our non-Islamic, pre British cultural and material heritage.
My documentary films will take the capital of India as a case study and showcase how the Indic heritage continues to be brutally neglected while Islamic monuments and the material legacy of British Raj continue to be preserved and promoted as Delhi’s pride & peddled as great tourist sites. What is true of Delhi is true of the rest of India as well.
For instance, the Qutub Minar is promoted as a great icon of our capital city without mentioning the fact that several Hindu/Jain temples were destroyed at the site; Qutub Minar itself carries Hindu motifs in the carvings on the minar and therefore is believed to be part of pre-Islamic heritage which has been erased. Red Fort is propagated as another symbol of Delhi’s pride while overlooking the brutalities committed by Mongols in establishing their capital in Delhi.
Humayun's tomb, Ghalib ka makbara, Lodhi makbara, Safdarjang tomb etc have been renovated and promoted as great tourist spots. All the heritage sites of India’s pre Islamic past as well as those that are connected to resistance of Islamic tyranny lie neglected or marginalized.
Hardly anyone is aware that the ruins of Prithvi Raj Chauhan's Fort are fast disappearing due to deliberate neglect. Most shocking of all, the archaeological discoveries that establish the authenticity of Hastinapur of Mahabharat era vintage right in the heart of Lutyens Delhi are withering away due to wilful neglect.
Aim of Fund raiser:
My film will document these distortions and explain the damage being done to our collective psyche by teaching us to celebrate those who enslaved and brutalized our people. Glorifying those who savaged our Motherland and tried to wipe out Indic civilization amounts to accepting enslavement as our destiny. Our children have been fed on such a distorted view of pre Islamic , pre British history that they fall easy prey to India bashing/Hindu bashing as a sign of progressive thinking and becoming unwitting accomplices in the hands of Break Up India Forces.
The advocacy campaign of Manushi along with short documentary on the historic significance of Gurudwara Sis Ganj, succeeded in getting the Govt of Delhi to rename Fountain Chowk as Sis Ganj/Bhai Mati Das Chowk and make it an integral part of Chandni Chowk Redevelopment Plan which is sadly called Shahjahanabad Redevelopment Plan to prove the point I made above.
https://www.manushi.in/culture--faith-traditions/tribute-to-guru-tegh-bahadur-and-his-three-companions-on-345th-anniversary-of-their-martyrdom-on-november-24
YouTube link:
https://www.manushi.in/videos/celebrating-barbaric-invadersdowngrading-our-heroes--martyrssis-ganj--bhai-mati-das-memorial
This proposed one hour documentary film will help spread awareness among a much larger section and wake up the government to reorient its heritage preservation agenda and reform the education curriculum.
Please support this initiative and incase of any queries, get in touch with me on my Twitter username @MadhuKishwar.
Click here to read the full Story 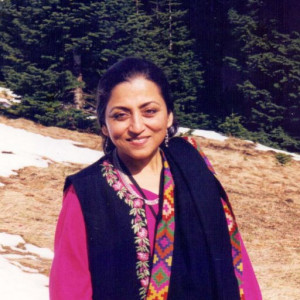 Not for Profit
Co-Campaigner: Manushi Trust

Or Choose a Reward

Your full name will be displayed in the documentary YouTube link's description box as a token of appreciation. Only 5 people can claim this reward.

Your full name will shown in the Documentary's credits as a special mention for your contribution. Only 4 people are eligible for this reward.

Your full name will be shown in the Documentary's credits with a special caption. This reward is limited for only 2 people.

2 claimed so far out of 2 Estimated Delivery: June 2021 Sold Out

Fundraiser for a documentary to showcase the callous neglect of Hindu heritage sites, while monuments of invaders stay well preserved. It'll also expose how via such distortions we're being taught to celebrate our enslavers who brutalised our ancestors.